Scientists recently examined the teeth of a 1,000-year-old human skeleton and discovered gum disease is not a new condition. In fact analysis of the hardened plaque or tartar on the teeth revealed ancient gum disease was caused by the same bacteria as today, even though oral hygiene habits and diet have changed tremendously during this period. Interestingly the scientists also found the beginnings of antibiotic resistance in these oral bacteria, even though antibiotics weren’t invented until the 1940s. It’s thought analysing the tartar or calculus found on these teeth could help scientists to discover how periodontal disease has evolved. This disease affects humans and domestic pets as well as zoo animals, but it doesn’t usually affect the teeth of wild animals. This has led to speculation that it’s a disease that has developed due to modern lifestyles. 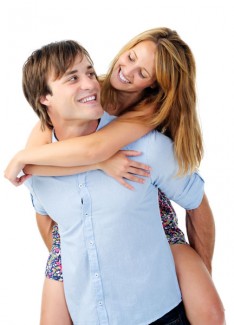 Everyone Is at Risk of Developing Gum Disease

It’s estimated half the population have some form of gum disease and it results from plaque bacteria being allowed to build up on the teeth. When this happens the bacteria produce toxins that irritate and infect the gum tissue, causing it to become inflamed and eventually it will begin pulling away from the teeth. It’s an extremely serious disease that can cause tooth loss, and can be tricky to treat if not caught early enough.

The name of this condition makes it pretty clear that gum disease destroys the gum tissue, but in fact gum disease or periodontal disease can also destroy other tissues that help keep teeth in place. These include the bone surrounding the tooth, and the ligaments that are normally attached to the tooth and to the tooth socket. When periodontal disease is allowed to get to this stage the destruction can be quite substantial, and it can be necessary to have various surgical procedures to try to help rebuild the lost tissue and bone.

There Is No Need to Have Unhealthy Gums

If you haven’t visited Orpington Dental Care for a while then now would be a good time to book an appointment with Dr Helen Loubser, or with another of our dentists. Even though many people will have symptoms of gum disease there is no need for you to join their ranks. Proper preventative dental care reduces the risk of this disease and can help nip any early symptoms in the bud, before any permanent damage is caused to your gums. If periodontal disease has already taken hold then one of our dentists in Orpington will recommend an appropriate course of treatment to try to reduce the infection and inflammation in your gums, to try to save the teeth, and to repair the damage already caused.

This disease can be a real problem for people who haven’t visited the dentist for a while, and it can affect those who feel nervous over dental visits.Orpington Dental Care is a very experienced in treating nervous patients, especially those who haven’t felt able to visit the dentist for years or possibly even decades. If this sounds familiar and you’re ready to take action to help improve your dental health then give us a call. We’ll do everything possible to make sure dental treatment is as easy and pleasant as possible.